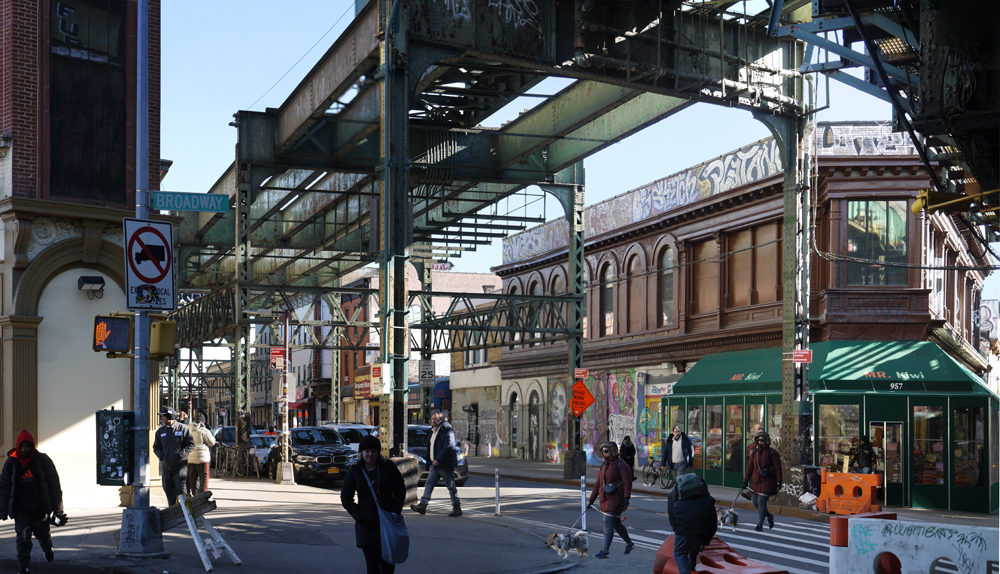 Having been obsessed by cities for as long as I can remember, there’s one city in particular that has always fascinated me. For many, it’s also the place that comes to mind when they hear the word ‘city’. I’m talking about the original towering megacity, New York.

I finally got the chance to go there in January 2020, when a friend of mine who was there for work (and ended up being sick in bed during my whole stay) offered me the spare room in his Airbnb. With return tickets costing under 300 euros with Norwegian Airlines, this was an offer I couldn’t refuse. And I’m glad I didn’t, because New York is everything I thought it would be, but even better!

The trip from JFK Airport taking slightly more than an hour, I arrived at my friend’s Airbnb (in Weehawken, New Jersey) at about 9 in the evening, which was 3 in the morning back at home. This meant that my biological clock thought it was afternoon when I woke up early next morning, with a whole week in front of me in which to explore a new city on a new continent. And I was lucky: it was going to be sunny and 18 degrees Celsius, which is exceptional in January.

Wanting to see the famous New York, I took a bus to Manhattan and then the subway to the area around Wall Street. I have to say this is not the place to come to feel the true spirit of New York, especially on a Sunday morning. But it is the place to come to see some of New York’s finest classic skyscrapers, which are still very impressive despite being dwarfed by their more modern neighbours. It’s a place to enjoy yourself looking upwards for a while (or for a very long time).

New York is the only place I’ve been where the buildings are like mountains:

Castle Clinton in the Battery, the southern tip of Manhattan and the oldest part of New York. The Battery is a good place to see some ensembles of classic skyscrapers. There are many more that I’m not showing here. Look the other way, and you’ll see the Statue of Liberty. If anyone told you that it’s a lot smaller than you would expect, then they are right. In fact the people looking at it seem a lot bigger.

From the Battery, I walked along the East River towards Brooklyn Bridge. The neighbourhood on my left looked like it went from very run down to exaggeratedly expensive in a short period of time

I knew from pictures that Brooklyn Bridge was big, but you have to see it in real to realize how enormous it really is. You could easily fit a five-storey building into the on ramp (which did have some kind of building inside parts of it):

Locals and tourists alike were enjoying the abnormally warm January weather on Brooklyn Bridge (which wasn’t being destroyed by giant reptiles, monkeys, aliens or other disasters at the time):

Looking towards Midtown Manhattan, with the Empire State Building in the middle. Like Brooklyn Bridge, you have to see the Manhattan skyline to realize how enormous it is (seeing it gave me a thrill every time!):

I think this view is so famous that I don’t have to tell you what it is (note King Kong looming ominously in the background):

Having tired feet from my first longish walk in a while, I got on a train at High Street station, hoping it would run on one of New York’s elevated train lines. I briefly thought it would at Broadway Junction, but the next train I took went underground again straight away.

I got off at Lorimer Street and spent the brightest part of the afternoon walking around the Brooklyn neighbourhoods of Williamsburg and Greenpoint without making very many pictures. At the end of the afternoon, I reached Long Island City, a part of the borough of Queens which is currently seeing much redevelopment. Here you see one of the older industrial parts with Manhattan in the background:

Looking back to Long Island City’s new skyline, which is easily as big as famous European skylines such as Frankfurt and Rotterdam:

Waking up early to promising weather on my second day, I thought I’d go and have a brief look at the neighbourhood I was staying in before I headed for NYC.

As I already told you, my friend’s Airbnb was in Weehawken, on the other side of the Hudson river from Manhattan, in the state of New Jersey. Weehwaken is part of the conurbation of over four million on the east bank of the Hudson, around the cities of Newark, Jersey City and Paterson.

Though the winter temperatures suggest otherwise, New York is on the same latitude as Madrid. But it wasn’t only the clear light that reminded me of Spain on this bright winter Monday morning. It was also the fact that everyone was speaking Spanish. That’s because this area – which is also know as ‘Little Havana’ – is mostly inhabited by Cuban-Americans.

I went shopping at the local City Fresh supermarket every day, and my rudimentary Spanish came in useful. Even the south Asian attendant at a dollar store spoke to me in Spanish, and I don’t look at all Latin American. The Korean lady from whom I bought my 1 dollar bucket of coffee every morning was surprised at how well I spoke English.

The names on these walls bear witness to the first group of immigrants to Union City, who where mostly German-speaking:

That was the furthest I got into New Jersey. I’d have been content to look around a bit longer had I been anywhere else. But I still had a whole island full of gigantic buildings to explore on the other side of the river, just a short bus ride away.

One thing I always thought was interesting about Belgian towns as opposed to Dutch ones, is that you’ll often see, say, a ten-storey building next to a normal townhouse. Well, in New York, those same townhouses are right next to hundred-storey buildings. Strangely, this is the result of a law limiting building heights per lot, but allowing owners of lower buildings to sell the rights rest of their maximum height to their neighbours. I also noticed that many high buildings are set back from the street, or even behind older houses. Obviously, both measures are meant to allow some daylight to reach the street below. Visually, the result is completely unlike more modern cities with tall buildings:

Sadly, the sky clouded over before the morning was over. Which doesn’t mean that I didn’t continue exploring, just that I’m not going to show you any more pictures of my second day, except for this one of Manhattan seen from Weehawken:

I started every day by taking a bus from Weehawken to Manhattan. The U.S. being a country with an unregulated free market, I could either take the state-run NJ transit bus (for which you have to buy a ticket beforehand) or a minibus run by some local Cubans. The short ride through the permanently congested Lincoln Tunnel (in which the bus driver expertly avoided potholes) terminated at the Port Authority Bus Terminal (PABT), an enormous building with many ramps to allow buses to reach the upper stories.

PABT is located in the neighbourhood of Hell’s Kitchen, which I knew from the movie ‘Sleepers’ was rather crappy in the 1960’s. And it was still pretty crappy in 2020, despite being situated near to global prime locations such as Times Square and the new billionaire’s development Hudson Yards.

I can’t show it to you here, but Hell’s Kitchen seems to be where a lot of the bad things about New York come together. Noise, congestion, lack of greenery, homelessness and inequality are just a few things that you notice right away. And then there’s the thought that you probably still have to pay $3,000 per week to live there.

But the worst in New York also brings out the best in New York. The musicians happily jamming 24/7 in the underground parts of Penn Station seem to want to make everyone feel welcome. Commuters waiting patiently in endless lines for the buses to New Jersey are often open for a chat. Even beggars are polite and greet you with a smile. An African-American street sweeper (who spoke to me when I was making a picture) assured me that New York is the best place in the world.

After visiting some places in Manhattan and eating a Bibimbap in Koreatown, I decided it was time to see if I could find a proper elevated train in which to enjoy the view and give my feet a rest. My guess that the D Line through Brooklyn would be a good choice turned out to be correct. I got off at the Coney Island – Stillwell Av station:

Coney Island is a summertime beach destination, and not a place many people go to on a grey Tuesday in January.

I walked along the Boardwalk to Brighton Beach, where everyone speaks Russian. Then I took the B Line to Churche Ave (which is in a part of Flatbush that is home to many people from Africa and the Caribbean, and where I heard people speak French), from where I continued to walk. It was raining and I didn’t make many pictures, which is why I’ll finish this day with two shots of Gowanus creek below the Smiths – 9th Streets metro station:

I didn’t show you yet, but this was the view I woke up to every morning. Looking at it on the fourth day, the weather had made turn for the better. It would stay like that until my last day, which means I still have a lot of pictures to show you.